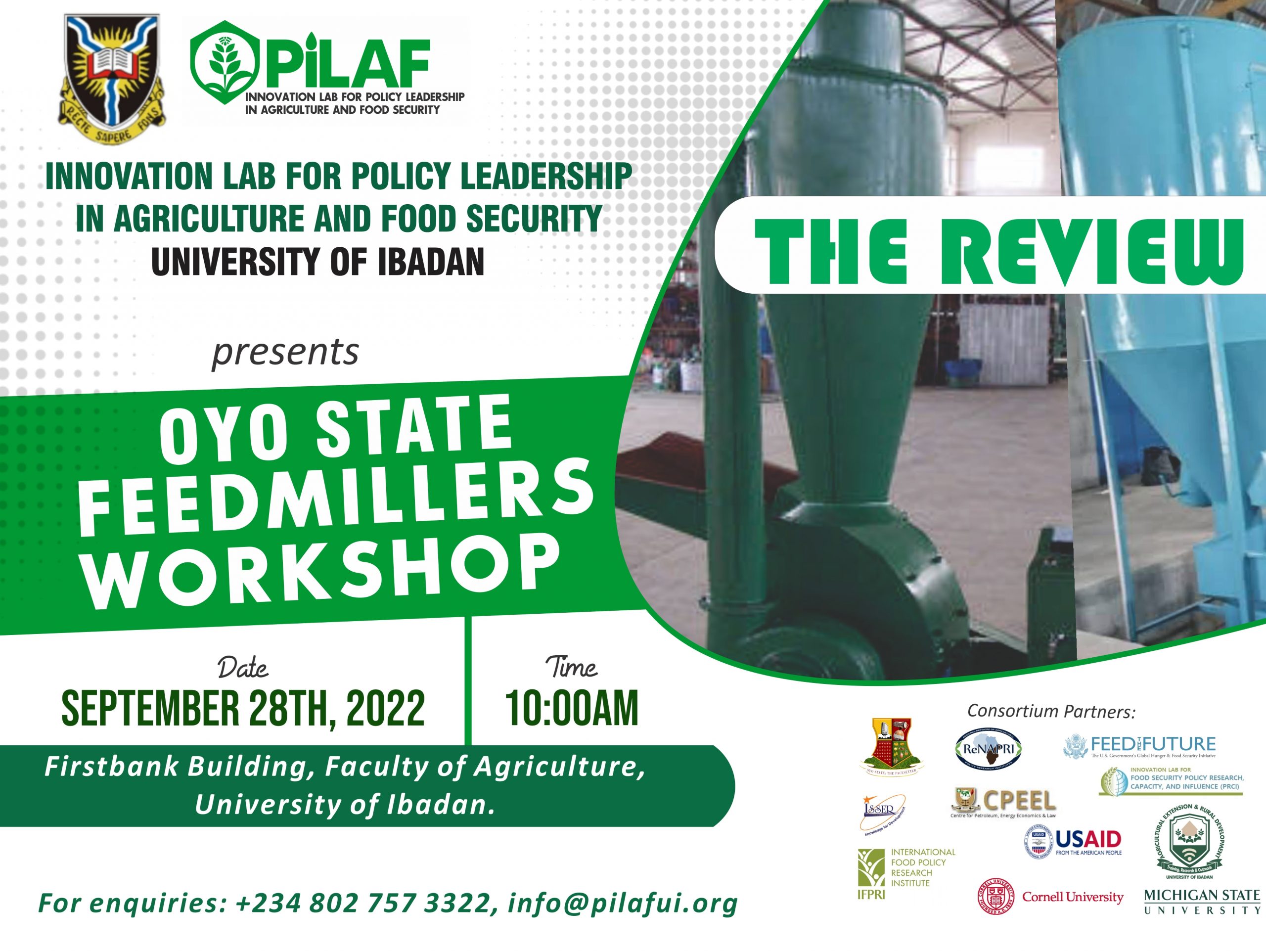 The Innovation Lab for Policy Leadership in Agriculture and Food Security (PiLAF) organized a workshop for feedmillers in Oyo State. The engaging and informative event took place on September 28, 2022 at the University of Ibadan’s Faculty of Agriculture’s First Bank Building. Feed millers from different local government areas in Oyo state attended the gathering. The representative of the agriculture minister, guest speakers, and other PiLAF staff members were also present.

Prof. A. E. Adekoya, the PiLAF’s Principal Investigator, gave the workshop’s opening comments at 11 a.m. In his speech, he gave an overview of PiLAF, its goals, partners, and the ongoing initiatives to improve Nigerian agriculture and food security to the audience. He also urged the attendees to participate freely in the program’s discussions of various topics while maintaining an open mind.

After the opening remarks, there was recognition of guests and self-introduction of participants. This was anchored by Dr. Richard Omidiwura of the Department of Animal Science, University of Ibadan.

The event was chaired by Prof. Adetola Jenyo-Oni. In her welcome address, she said there
is no better time for this initiative to take place. She asserted that 70% of agricultural inputs come from feed. Both farmers and feed millers are reliant on the producers. She continued by saying that government policies affect everyone. She also discussed the significance of feed, saying that it has an impact on animal health and production. She emphasized the need for farmers to feed animals high-quality feeds with a healthy nutrient balance. She calls the training a crucial one that will educate participants about their obligations as feed millers to raise animal productivity.

There were several talks, mostly focusing on areas that needed to be improved for better feed milling in Oyo state. Mr. Nathan Ekeke, Mr. Olajire Oladipo, and Mr. Gbade Olaogun were the lecturers, and they each spoke on different topics related to feed mill operations and its difficulties, sourcing high-quality and reasonably priced feed ingredients, and hazards in feed milling enterprise and how to avoid them.

At the end of all lectures, discussions about the industry’s weaknesses and challenges in Oyo state’s feed milling sector were held with participants. Issues that emerged from the engagement include:

1.     Issue of low quality: It was raised that the market is filled with fake ingredients and that the feedmillers do not have mtesting equipment although, large feed mills have machines they use. It was suggested that there should be cheap equipment that small scale feed mills can afford.

2.     Issue of harvesting wet maize and drying them: Some of the participants shared how they lost lots of their produce due to limited sunlight for drying. The participants called for the state government’s intervention. They suggested that the government should provide dryers in at least three centres in Ibadan where they can dry their produce during raining season.

3.     Tractors: The participants called for the government to assist in procuring tractors.

4.     Loans: There was also a plea for the state government to provide loans with a low interest rate.

5.     An issue was raised on the need for more research to be done by the academia in finding indigenous materials (leaves, herbs etc.) that can be used to substitute the expensive but yet low quality raw materials used in feed processing.

6.     Issue on sharp practices in bagging. Underweight bags of feed materials are being sold. The participants made a plea to regulatory bodies for increase in monitoring process.

Need for Associations and Occasional Meetings

The co- principal investigator for PiLAF, Prof. E.A. Adekoya, talked on the urgent necessity for forming an association and holding occasional meetings in response to issues identified during the participants’ engagement. He asserted that the kinds of discussions that occurred throughout the engagement of feed millers will increase each person’s productivity. He continued by saying that it is beneficial to hold workshops like this on a more regular basis. He requested that the ministry of agriculture should plan workshops like this for feed millers.

The closing remark was given by the representative of the commisioner of agriculture.

The programme ended with the group photograph and lunch. 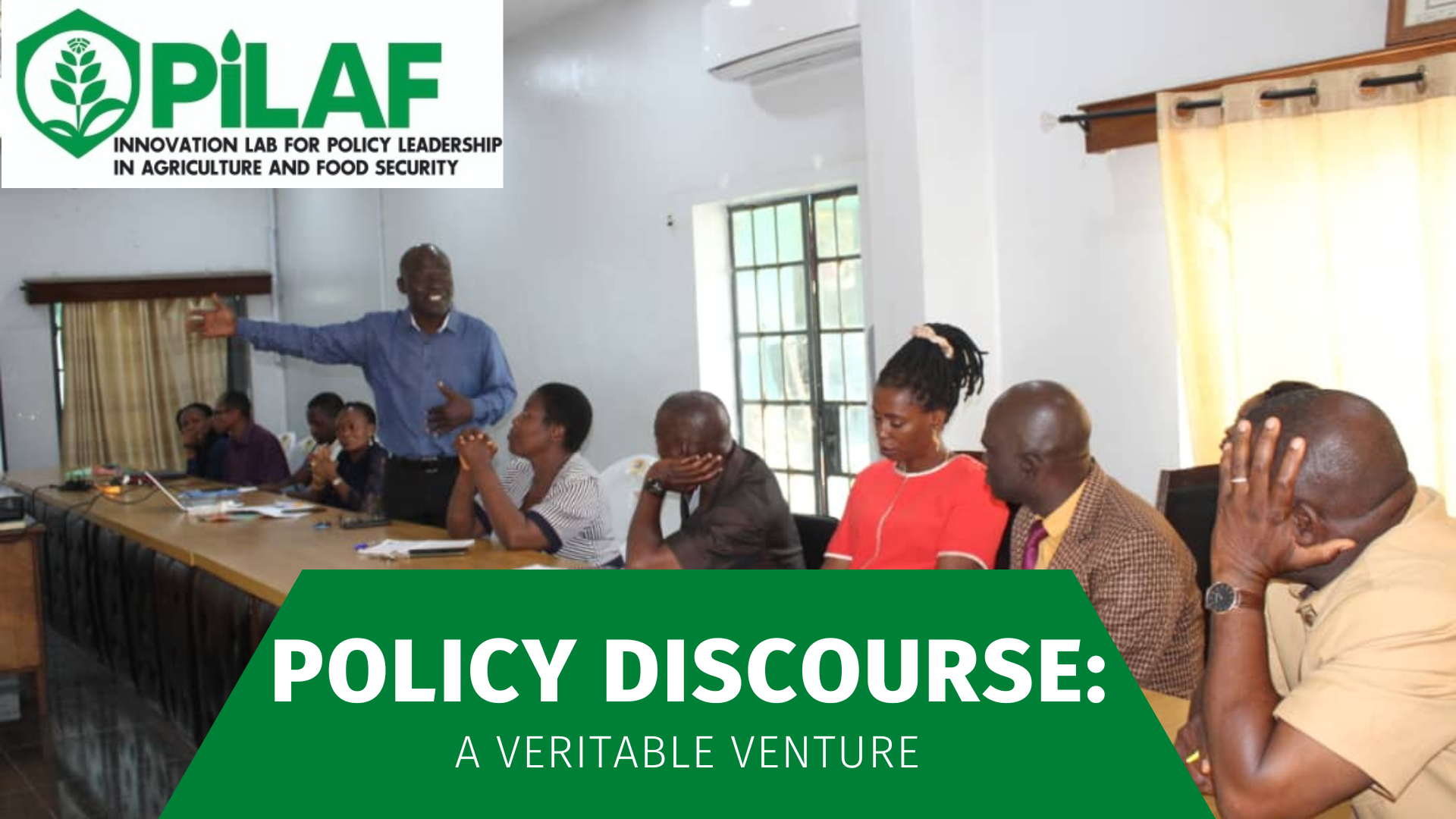 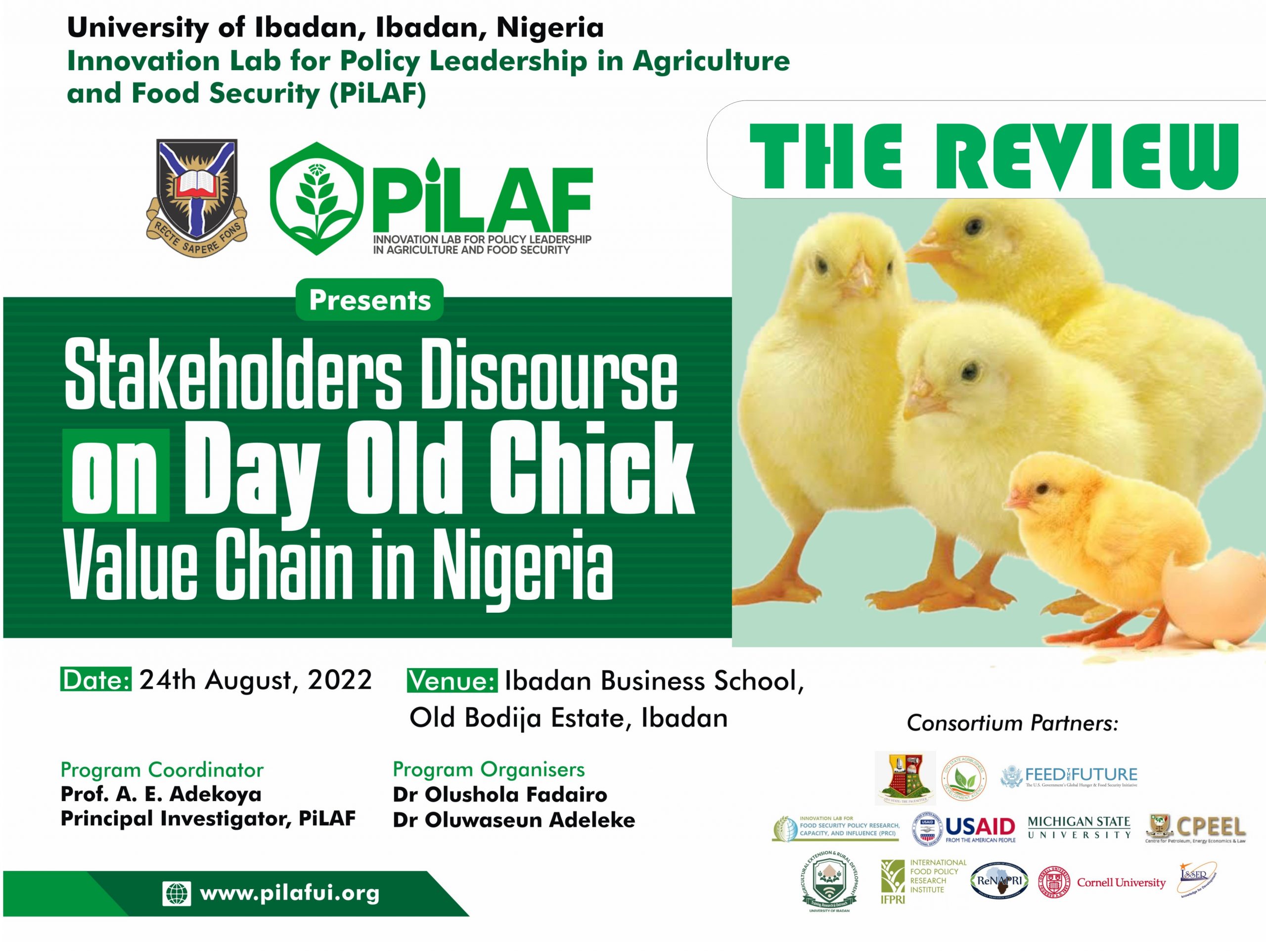 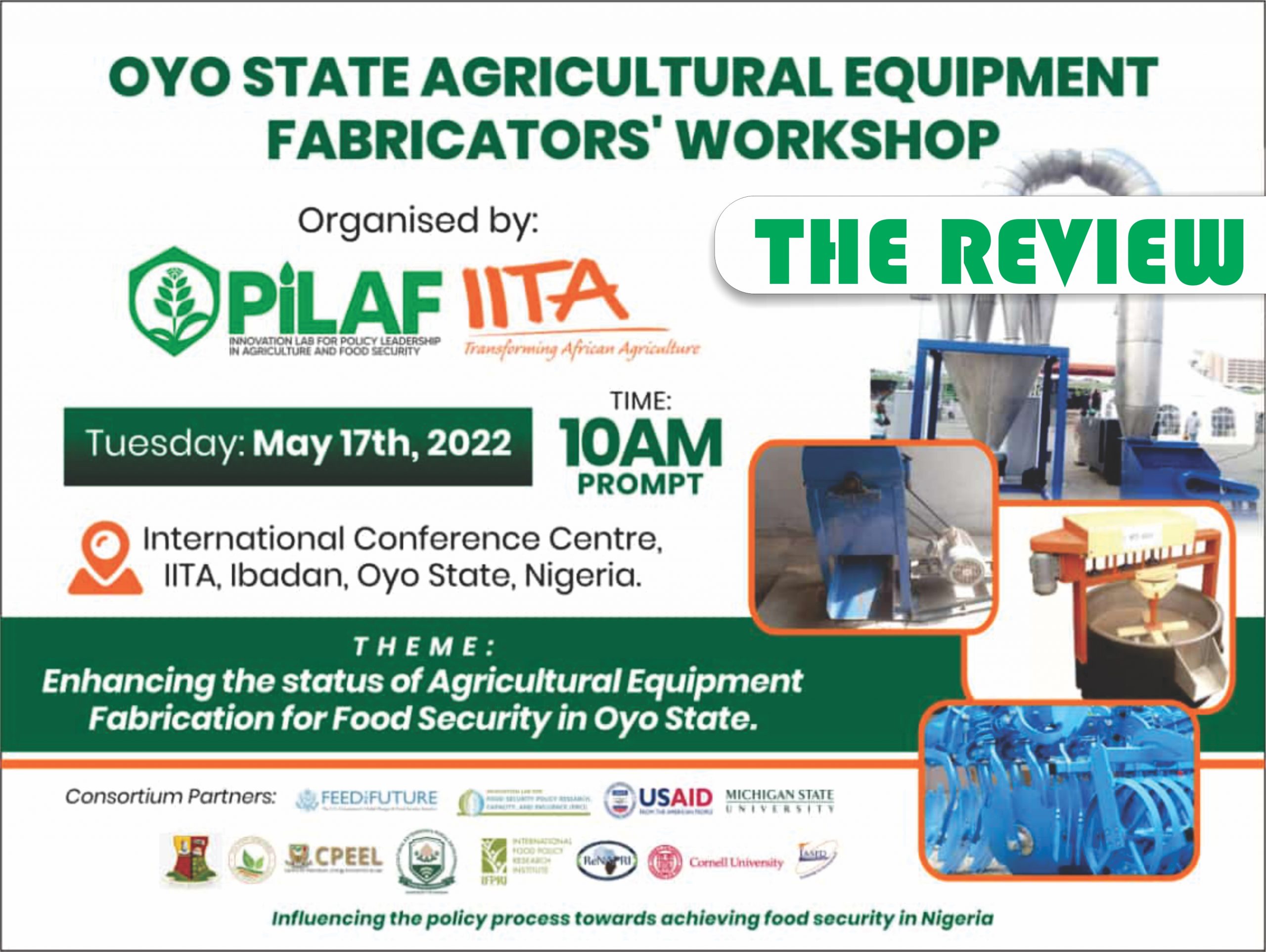